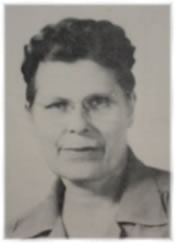 Janet L. Brockett was certified as a school teacher in the State of Texas on June 1, 1909. She taught in the Itasca Independent School District from 1909 - 1911.

Mrs. Brockett came to the Mansfield ISD in 1943 as the Principal and Math Teacher. She later stepped down as Principal but continued her math teaching until 1957.

Mrs. Brockett served as a role model for all with whom she came in contact. She belonged to the First Baptist Church, The Arlington Women's Club, and the Retired Teachers' Association and the Women's Auxiliary Club at Arlington Memorial Hospital. She put in more than 1000 volunteer hours at the hospital from 1959-1969. She was also chosen as "Mother of the Year" by the City of Arlington in 1961. Her advice to her students was: “Get right with God, get an education and get married if you wish.”

Mrs. Brockett died in 1979, but her legacy lives on at Janet Brockett Elementary School. "This wonderful lady is very deserving of having a school named for her, " said Nancy Pat Sims Griffin, Mansfield High School, Class of 1953. "She was a great math teacher who pulled a lot of us through. She always went the extra mile to help her student."

We will foster a mutual respect with the students, parents, and community to install academic, emotional, and social success.

Roaring with Lion Pride and Respect